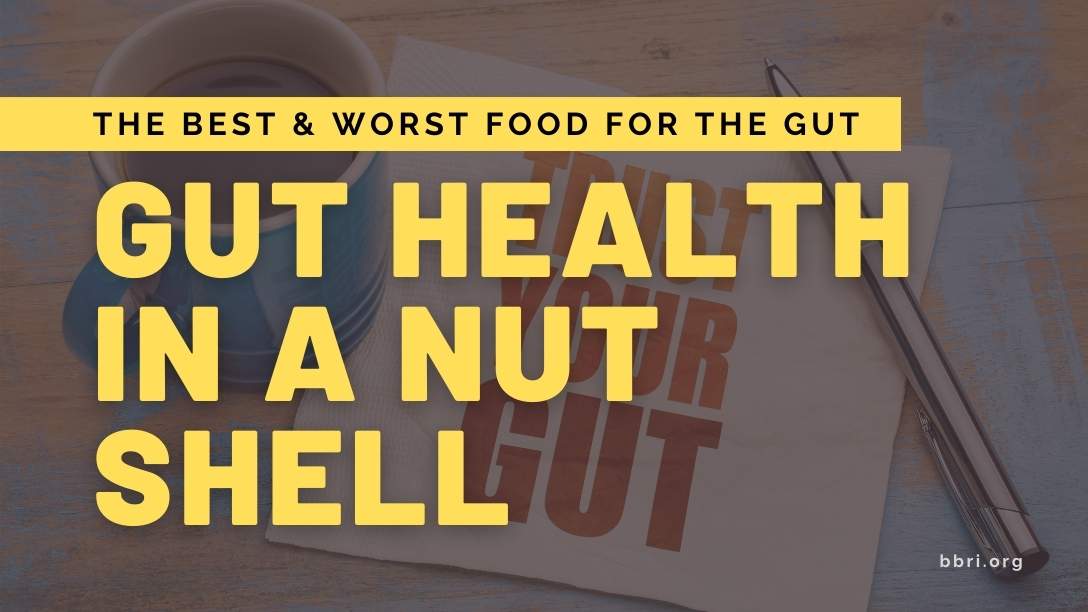 You probably have heard of the saying, “You are what you eat.” The more you consume healthy foods, the healthier the gut and your body will be. By keeping track of the foods that you eat, you are actually doing yourself and your body a favor.

As we all know our gastrointestinal tract or simply, our guts, are the ones responsible for transporting food from the mouth to the stomach. They are also the one which breaks down foods and converts it into nutrients and stored energy.

But as the years go by, more and more research has been done regarding the GI system. This led to the discovery of its bigger role in our overall health. This is because of the trillions of bacteria present in our gastrointestinal tract, collectively known as the gut microbiome. It is composed of bacteria, archaea, viruses, and eukaryotic microbes that reside in our bodies.

When we say bacteria, it is automatically linked as the one that harms the body and causes disease. However, that is not always the case. Some species of bacteria such as Bifidobacteria and Lactobacilli which can be found in foods rich in probiotics are considered good bacteria.

Research and studies are still on-going regarding everything we need to know about our gut microbiome. However, what we do know is that the health of our gut has an impact on our overall health and well-being. Thus, improving your gut health is crucial in maintaining a healthy body. 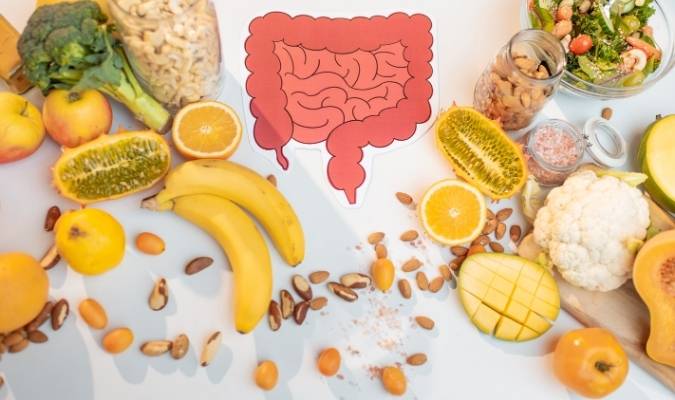 There are various factors that affect our guts. The food we eat, of course, plays a role in altering our gut microbiome.

As well as, the environment and even the nature of our birth. Research suggests that babies who underwent the natural birthing method have a wider variety of microbiomes which is actually good.

According to the study of Dr. E. M. Quigley in the Journal of Gastroenterology and Hepatology, having a more diverse species of good bacteria can provide numerous benefits. Such as boosting your immune system function, and fighting off obesity.

Beware of the gut-brain axis!

Even emotional stress can affect our gut health. Whether you believe it or not, our brains have a way of communicating with our gut health.  This bidirectional communication system between the gut and brain is referred to as the gut-brain axis.

The idiomatic expression, “butterflies in my stomach,” proves how neurotransmitters are directly linked with our guts. Basically, when we feel scared or nauseous, the movement and contractions in the GI tract are affected. The same goes for when we experience stomach pain or intestinal discomfort, it sends signals to our brain and causes us to feel emotionally stressed or anxious.

Another factor is taking medications. Over-the-counter painkillers and drugs prescribed to treat acid reflux, diabetes, and psychiatric conditions have been associated with altering the gut microbiome. Most especially with antibiotics. Although they are prescribed to fight bacterial infections, research suggests that it still has an effect on gut microbial composition. And an imbalance in the gut microbiome might result in serious intestinal problems and even infection. 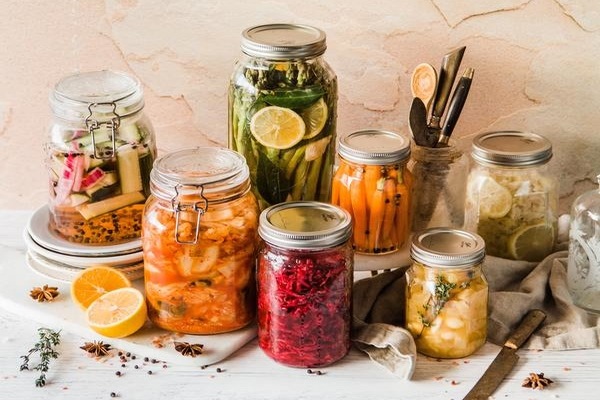 What are the Ways To Keep the Gut Healthy?

First off, is, of course, to eat healthy and nutritious foods particularly, whole foods. Although, there isn’t really a standard diet to follow, boosting your fiber intake can be a good option. This is because whole foods feed the good bacteria in our guts. It is also important to watch what you eat. Cutting out foods that aren’t necessarily healthy such as processed foods is also a way of keeping the gut healthy.

Aside from eating healthy, making sure to exercise also helps. Not only it helps you lose weight, but exercising has also been linked to helping reduce stress. Why not release all your pent-up emotions by working out, right?

Allowing your mind and body to relax and getting enough hours of sleep is super important. It is highly recommended for adults to get at least 7-9 hours of good night’s sleep. Not enough sleep or poor sleeping patterns might result in a slower metabolism and thus, affect your gut health.

Aside from processed foods, it is important to drink less alcohol. A couple of drinks here and there should be fine but binge drinking is a big no. This is because alcohol produces more acid which in turn, affects the balance in the gut microbiome.

Prebiotics feed healthy bacteria and probiotics are good bacteria. Both of which you can get from fermented food sources which we will further discuss later. Although there are probiotic supplements readily available, studies are still on-going regarding their efficacy. However, they are believed to be safe and some say that it might be beneficial.

The Best And Worst Foods For Gut Health

After going through the way on how to keep the gut healthy, let us dive deeper into the best and worst foods for our guts. 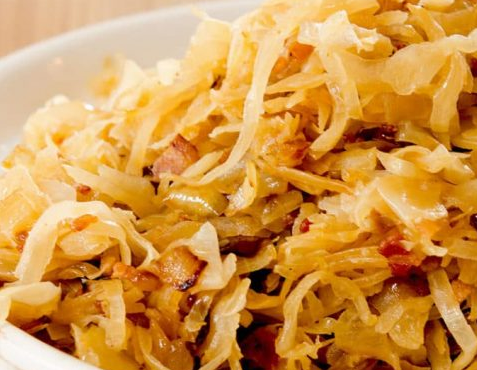 Sauerkraut is one of the oldest forms made just from cabbage and salt but it can provide healthy amounts of probiotics and fiber which is good for the gut. It has been believed to originate in China more than 2,000 years ago wherein fermentation was the common method in preserving food.

Over the years, the practice of fermenting cabbage was brought to the Germans where its name originated, Sauer the German word for sour and kraut for cabbage. On top of having enormous nutritional value, Sauerkraut is also very easy to make and you can find countless recipes online, offering plenty of possibilities for this dish. 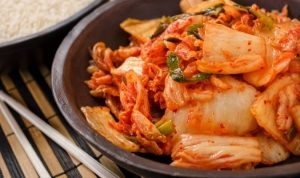 Kimchi is a traditional Korean side dish also made from fermented vegetables. You can either use cabbage, onion, radish, and carrot. However, cabbage is the most common. Just like sauerkraut, kimchi is believed to help improve levels of good bacteria in the gut.

Basically, kimchi has been a staple in Korean culture. For Koreans, kimchi is not just fermented cabbage but rather, a tradition and a part of their cultural heritage. 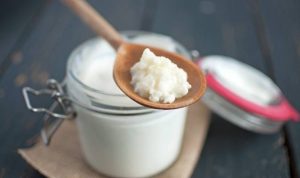 Kefir is basically like yogurt with a more liquidy consistency which makes it easier to drink. It contains lactic acid bacteria,  active yeasts, and the protein complex, the kefir grain. It originated from the nomadic shepherds living in the North Caucasus. Today, kefir has been a popular fermented milk drink in Russia.

Also known as sunchokes, Jerusalem artichokes contain high amounts of inulin, which is a prebiotic found in bananas as well, that supports good bacteria production. They were first cultivated by the Native Americans and were eaten as food prior to the arrival of European settlers.

They are great sources of fiber and B vitamins. Beans and legumes such as black beans, chickpeas, peas, lentils and white beans help in maintaining a diverse gut microbiota which again, increases levels of good bacteria. 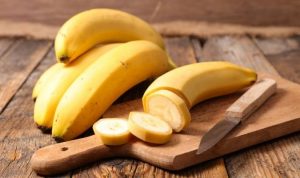 Bananas supply the gut with inulin, a type of fiber that produces more good bacteria when microbes feed on it. Green bananas or the unripe ones are generally recommended, although ripe bananas are still fine.

This is a compound found in foods such as berries, apples, and other fruits and vegetables which is said to be the plant compound gut microbes love. It provides the gut with a higher level of good bacteria.

L-Carnitine, a compound found in red meat is said to alter the balance of gut bacteria. Which results in an increased risk of heart diseases and build-up in the arteries, according to a study by Cleveland Clinic. 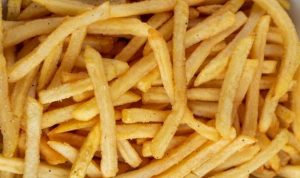 I know fried foods taste good, but it is definitely bad for the gut health as they are harder for the body to digest. Moreover, it promotes the growth of harmful gut bacteria.

Aspartame, saccharin, and sucralose are just some of the examples of artificial sweeteners that alter the composition of gut bacteria negatively. According to research, this change in the composition might even result in glucose intolerance.

This is because of the additives found in processed foods that are associated with negative changes in the gut microbiome composition. Other research also states that consuming processed foods might also lessen the good bacteria in the gut. 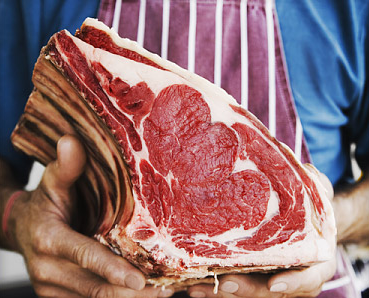 Foods coming from animals such as meat, dairy, and eggs are rich in protein and other nutrients and offer other health benefits, as well. However, high animal protein consumption might affect the gut microbiome.

Furthermore, recent studies suggest that people with higher animal protein consumption have a higher risk of inflammatory bowel diseases (IBD) which is a result of poor gut health, type 2 diabetes, and obesity.

While drinking alcohol is neither good nor bad, alcoholism has been linked to causing disruption in the gut microbiome. Another thing is that it promotes bad bacteria production. It is best to drink in moderation, one drink per day for women and two for men.

Ergonomic Tips To Prevent Back Pain While Working From Home

Arctic Blast, MY REVIEW of this pain solution… Did it work?

Eat Sleep Burn [REVIEW]… will this HELP YOU?? have a read

FloraSpring REVIEW… is this supplement worth taking? not?

Meticore REVIEW – Not the best, but a Good solution… (pills) 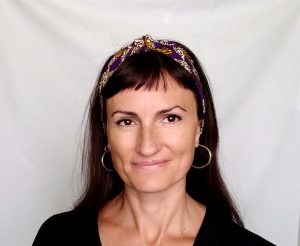